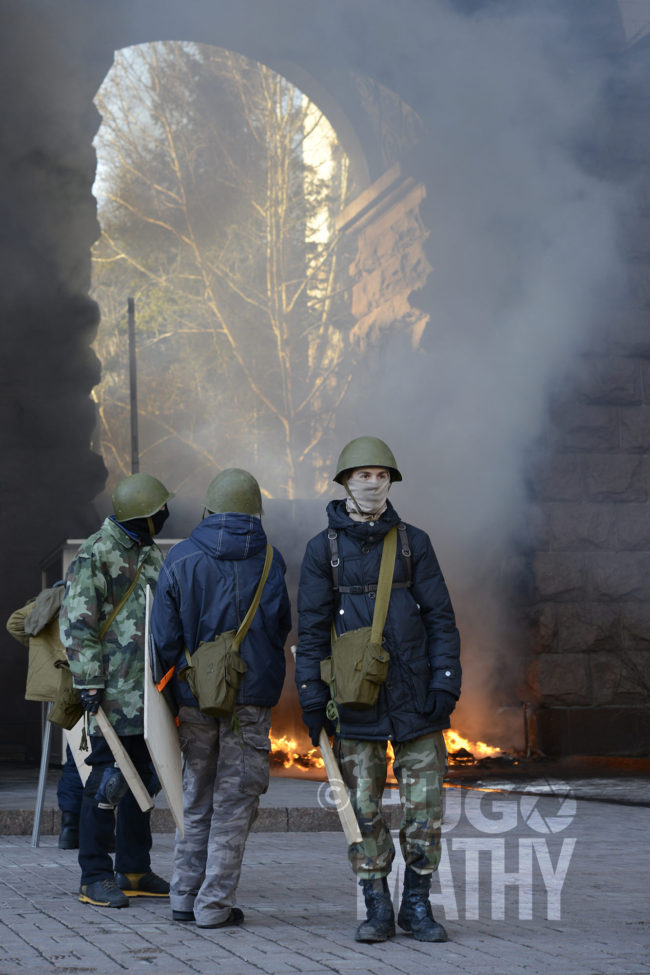 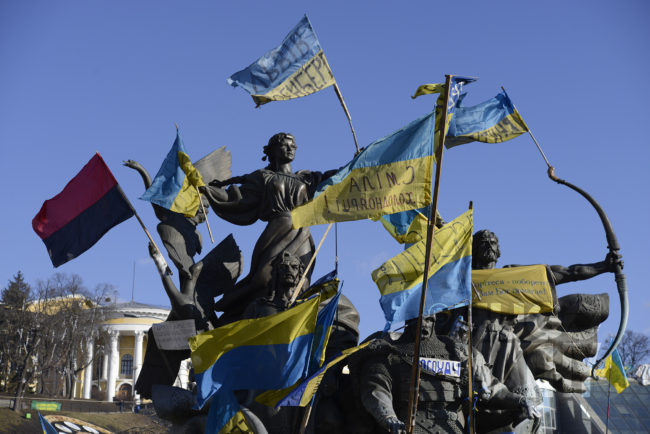 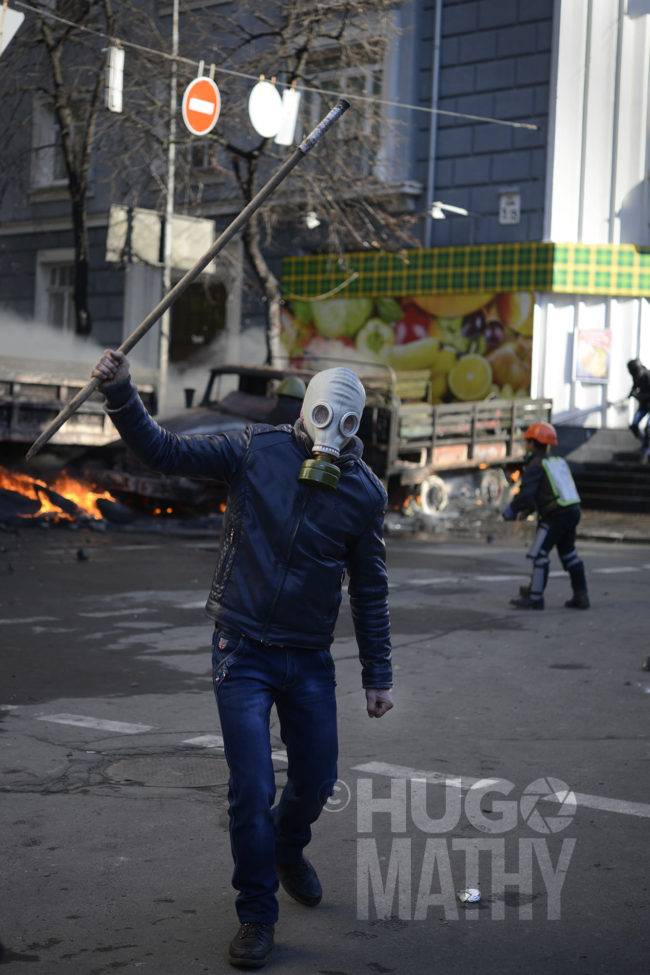 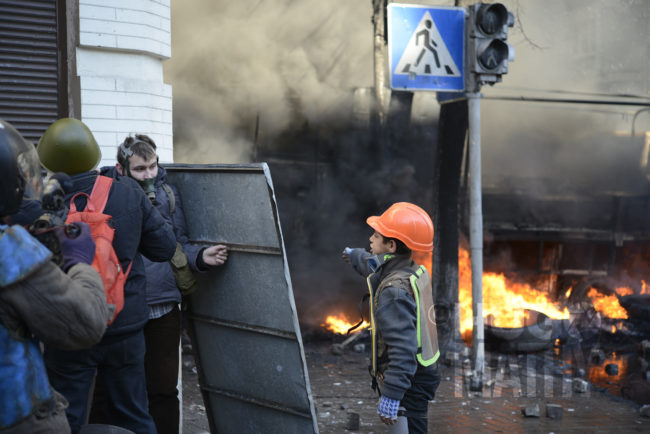 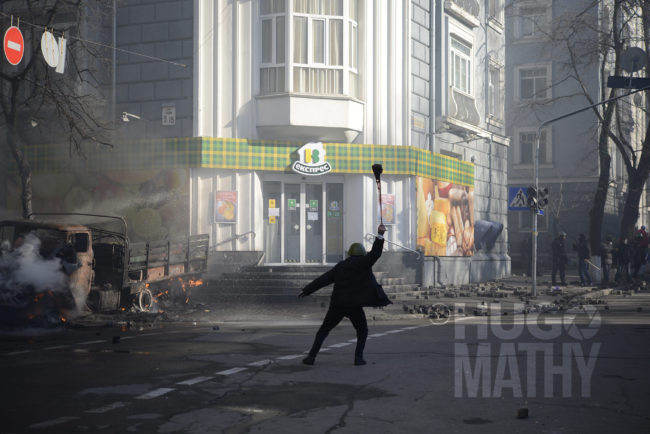 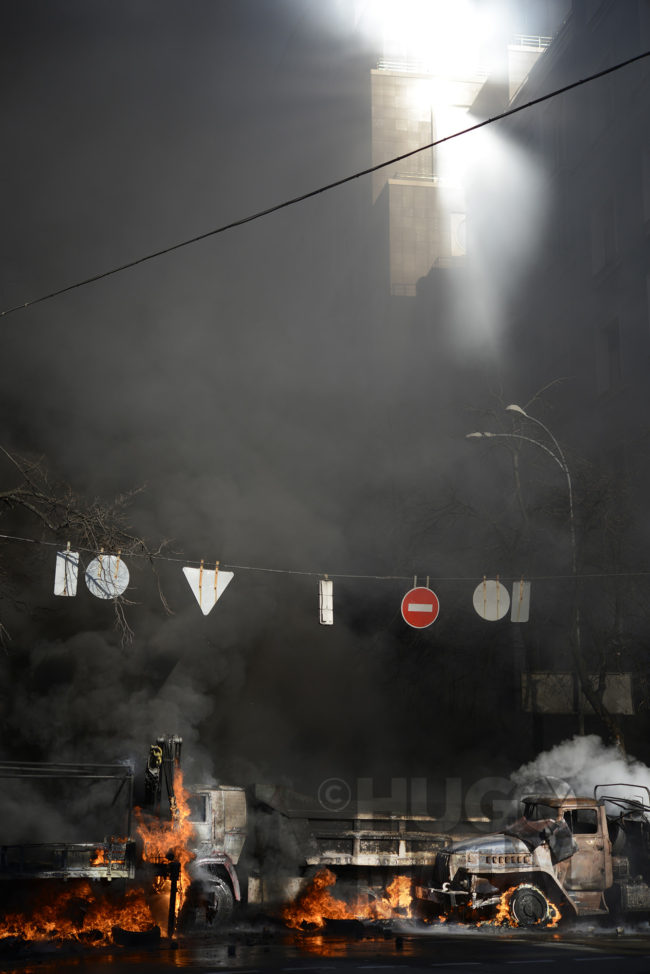 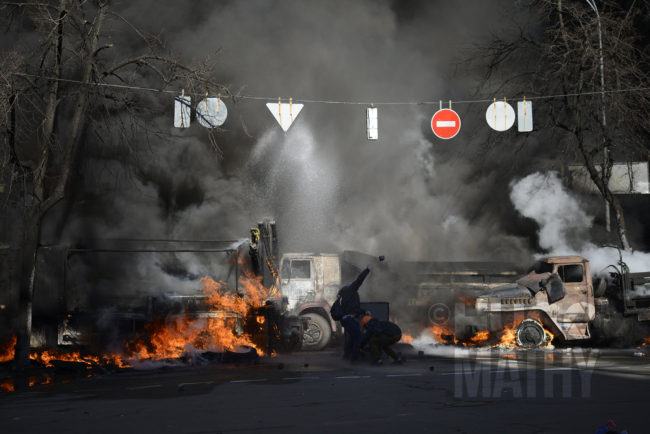 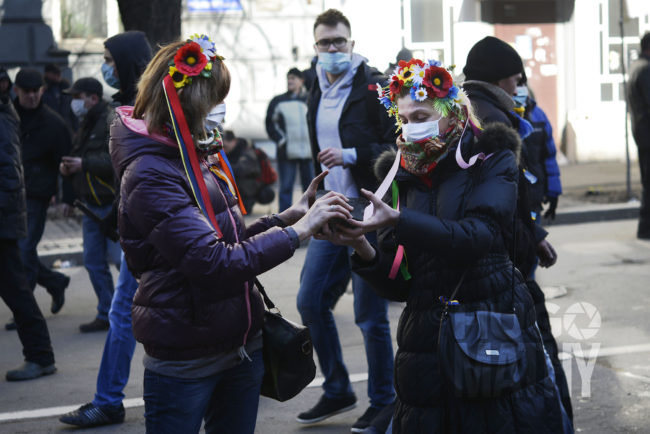 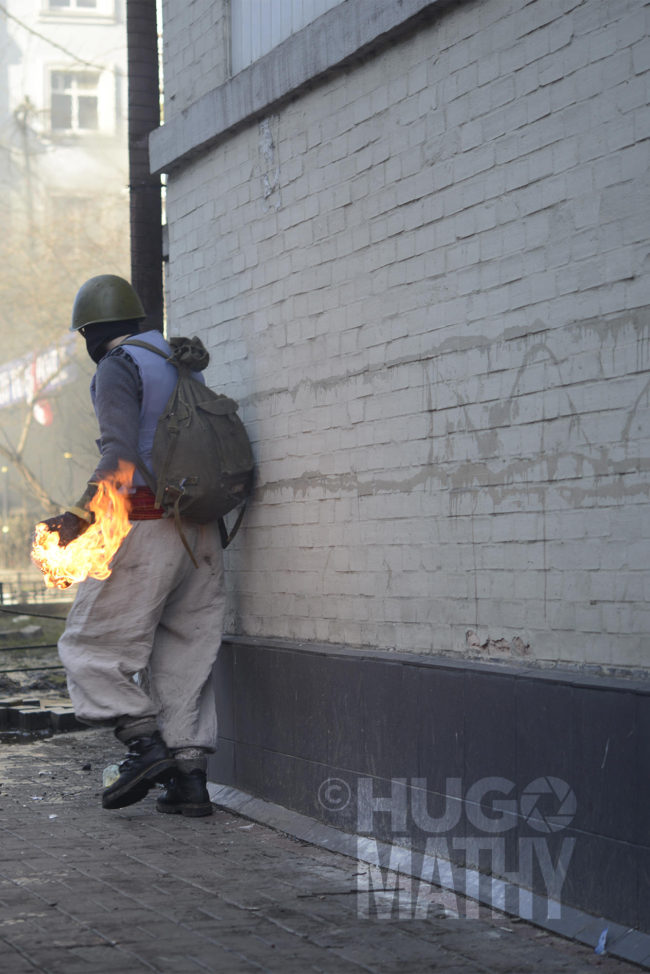 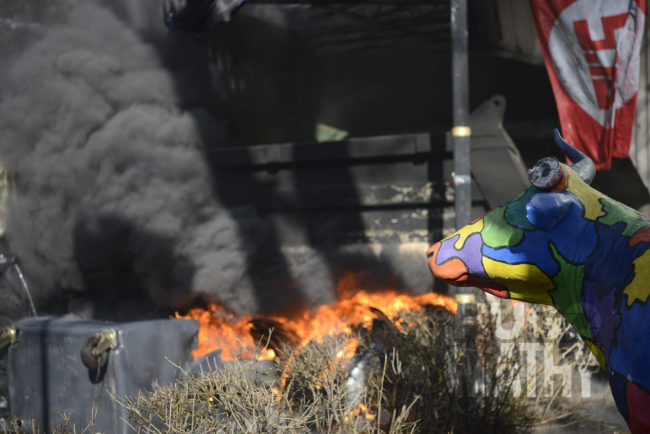 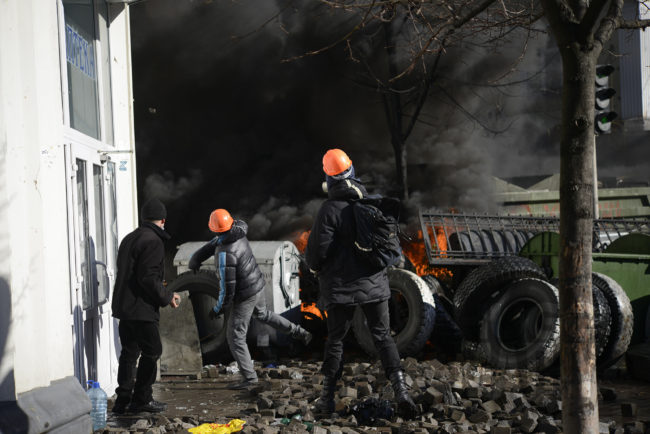 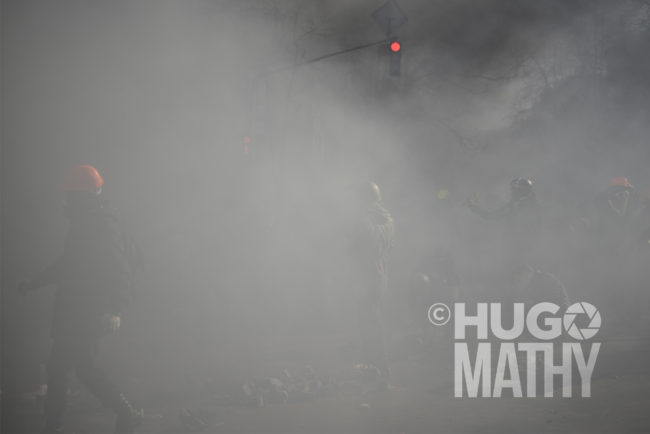 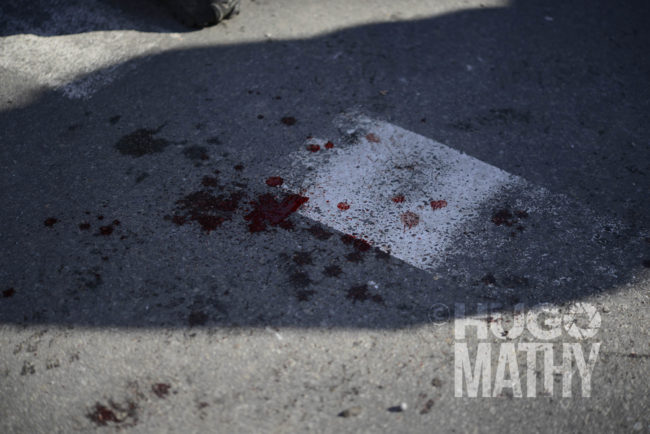 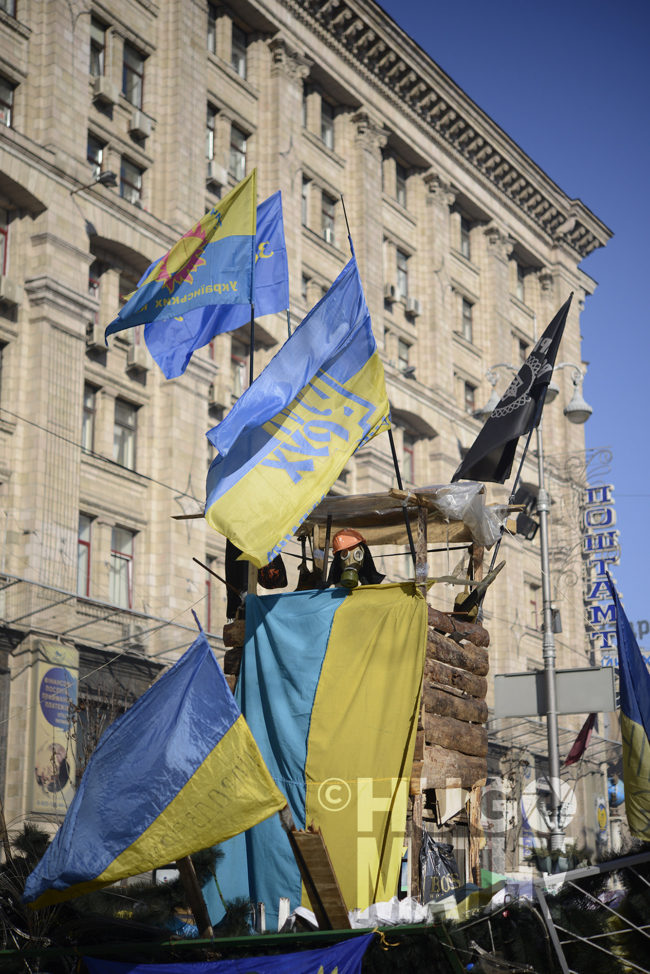 The Ukrainian revolution of 2014  took place in Ukraine in February 2014, when a series of violent events involving protesters, riot police, and unknown shooters in the capital, Kiev, culminated in the ousting of the democratically elected Ukrainian President, Viktor Yanukovych, and the overthrow of the Ukrainian Government.

On 18 February, some 20,000 Euromaidan protesters advanced on Ukraine’s parliament. The police blocked their path. The confrontation turned violent. The police fired guns with both rubber bullets and, later, live ammunition (including automatic weapons and sniper rifles), while also using tear gas and flash grenades in an attempt to repel thousands of demonstrators. The protesters fought with crude weapons (such as large rocks and bats), firearms, and improvised explosives (Molotov cocktails).

Police officers stormed the main protest camp on Maidan Nezalezhnosti and overran parts of the square. The Trade Unions Building, which served as the Euromaidan headquarters, was burned down.

Political commentators suggested that Ukraine was on the brink of a civil war.